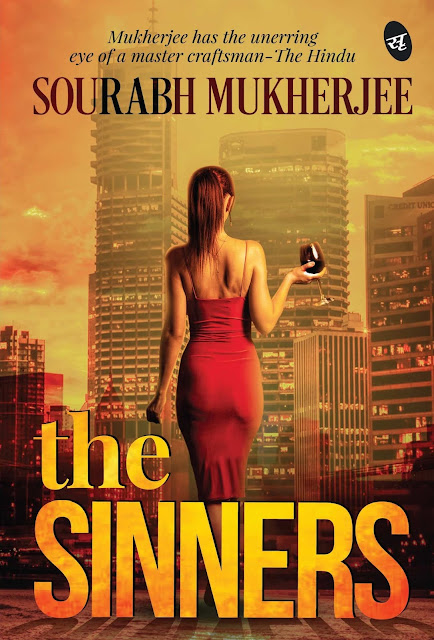 The Sinners presents an eclectic mix of interesting characters.

Central to the story is Vikram Oberoi, the head of India Operations of NexGen, which manufactures smart devices and has stood up to competition from global players. He is handsome and charismatic, a ruthless go-getter, and notorious for his dalliances outside his marriage with Manvi Oberoi. Vikram gets into a relationship with Sonal Verma, a new intern in NexGen, much to the chagrin of his secretary Aarti Bansal, with whom he had a very public affair.

The suave Ashwin Saxena, Vikram’s subordinate in NexGen, was his classmate in Management school, who also used to be Manvi’s boyfriend. We also meet a mystery woman laying out honey-traps for vulnerable men in positions of authority or in the possession of confidential company information like Rakesh Behl, who heads Product Engineering, and Agastya, who works in the Networks and Systems Division of the company.

NexGen was set up by Devesh Nair, who, after working for close to thirty years for Alpha Tech, one of the largest global manufacturers of consumer electronics, left the company when his innovative business ideas were belittled by Arun Sundaram, country head of Alpha. In seven years since its inception, those same ideas have taken NexGen to unprecedented heights. Arun Sundaram will only be too happy to see the downfall of his arch rival Dev.