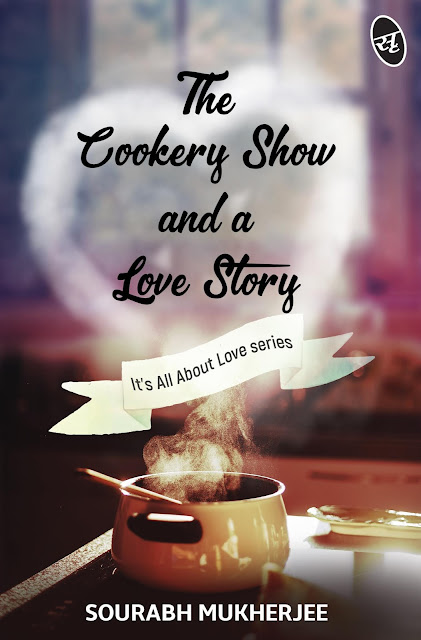 "The show had been going on for years, gaining in popularity with every passing week. The masterchef Rajeev Roy was, of course, the star attraction. He was a celebrity in his own right. His healthy yet delicious recipes had re-defined the culinary habits of the country over the last decade. He was being increasingly seen in television commercials, in reality shows, in promotional events, making guest appearances in big-budget Bollywood movies and in music videos shaking his two left feet with svelte models. He had indeed made his way into the heart of an entire population through its gut.

The producers of the show, of course, had no idea about the domestic discord that the program created in the Basu household every Friday at 9 pm.

That was the time when Rudraprasad Basu, my Grandpa, had to give up his otherwise unquestioned ownership of the television remote control in favour of Grandma who, armed with her notepad and pen would take her seat in front of the television set, like an obedient student in the first year in college, all set to impeccably note down every recipe Rajeev Roy would share on the show, determined not to miss a single syllable.

“Nalini, are we ever going to eat any of those?” Grandpa thundered at Grandma, as he did every other Friday.

That was the question uppermost in the mind of every man in the house, by the way. Because even as Grandma exhausted reams of papers with her scribbles, undecipherable in the eyes of lesser mortals like us, week after week through the years, none of those recipes ever made that much coveted journey from those notepads to the dining table.

“And what would he teach you that you don’t already know?”Grandpa declared next. That was his weekly endorsement of Grandma’s culinary skills.

He would next extol the virtues of the several professional cooks the family had employed back in the day. “Of course, they did not have to go to the gym, or get their hands manicured, or put grease paint on their faces, like these cooks on TV, to look good in front of a camera! But I can bet their food tasted way better than what these TV models cook up in the name of healthy diet!”

“Rajeev doesn’t do any of that, Dad! You probably mean the guy in the other celebrity chef show. He’s the one who looks like a model,” Mom tried to put up a feeble defence for her mother-in-law and in turn, the celebrity chef in question. That was an exception though. Mom usually took a neutral stand, not too keen to get caught in the crossfire between the septuagenarians in the family. Cooking was not one of her interests, in any case.
There was, however, no stopping Grandpa. Grandma did not bother to speak. She did not consider those questions and comments important enough to be addressed, as she concentrated on the show.

The real reason why Grandpa had such a strong opinion against the cookery show was that its timing coincided with “The Week That Was”, a round-up of the week’s top stories that was aired on one of the news channels at the same time. There was a repeat telecast of the program later in the night, but the strict disciplinarian that he was, Grandpa was in bed by that time.
Grandma, however, felt that Grandpa had his fill of the news channels pretty much round the clock throughout the week and there was really no need for a Friday evening recapitulation. Rajeev Roy and his recipes made for a far more palatable proposition.