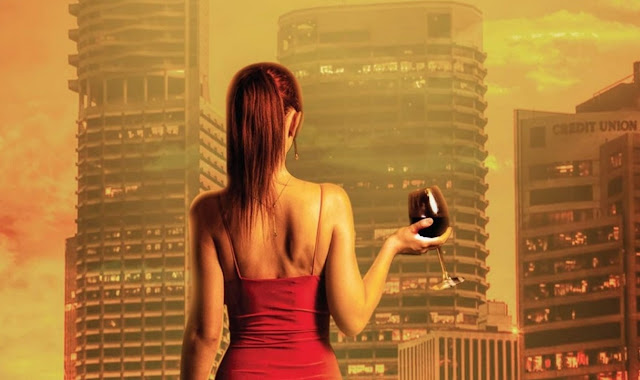 Aarti was with Vikram in her one-bedroom flat. It had been raining for quite some time - the dirt washed away, street lights reflected on the wet roads. There were distant rumbles in the evening sky, sounding almost ominous. Very few cars sped down the empty road below. The room was half-lit by a single lamp on the study desk.

It was just the two of them inside the flat. They had returned a while back after dining at the Marriott in Juhu.

“I’ve been missing you for days, Vikram! I don’t remember when we met last,” Aarti’s voice rose a couple of notches, the resentment in her tone pronounced. “And when we met today after weeks, we ended up fighting.”

There were beads of sweat on Aarti’s temples and above her lips. She was visibly tense. There was a bad taste in her mouth, not the kind you carry home after a dinner at the Marriott. Vikram tried to pull her closer but Aarti freed herself and walked away towards the desk. She looked away, trying to hide the tears that were threatening to spill out.

“Aarti, listen –, “ Vikram tried to speak, but Aarti would not let him.

“I know what’s going on, Vikram”, Aarti turned around to face Vikram and continued, “I know your ways. I can’t say I wasn’t warned, but I didn’t care to listen. I was such a fool! You’re losing interest in me, Vikram. It’s the new bitch in the office, isn’t it?”

Vikram raised a hand. “Aarti, we don’t need to be nasty here!”

“Am I being nasty, Vikram? It’s you who didn’t get tired talking about her all the time we were together this evening,” Aarti’s voice shook. “Everyone in the office is talking about the two of you. And it makes me sick! I get it. I’m now just the clingy, boring lover who nags and begs for your attention! Not very different from your wife, I guess.”

“Aarti, come on! You’re getting this all wrong!” Vikram hugged her tight, standing behind her. His lips moved up and down the sides of her neck. Aarti shivered, feeling his warm breath behind her ears. She had goose bumps all over. Her eyes were half-closed, her brow was creased, and her lips were parted. Aarti realized just how much she had missed that closeness for days! The conflict within her was driving her mad. A part of her wanted to throw the bastard out of her house that very moment. And a part of her wanted to melt in his arms then and there. Vikram was driving her mad and Aarti hated herself for letting him do that to her.

Aarti finally managed to get a grip on herself. She turned around and grabbed Vikram by the collar of his shirt. She whispered menacingly in his ears, “Vikram, I’ll do anything to make sure you stay away from that bitch for good!”

She kissed him like a tigress famished; drawing the blood off his lips. She grabbed him by his hair as her probing tongue parted his lips, sliding into the wine-scented warmth of his mouth. Their tongues wrestled, and they disengaged only when both of them were gasping for breath.

“Vikram, I want to know why you’re drifting away from me! You owe me a goddamned explanation – after we’ve been together for all these months!” Aarti clutched his collar, pulling him closer.

“Aarti, listen. You are imagining things,” Vikram ran his fingers through Aarti’s hair and spoke almost in whispers, “And do not put words in my mouth! What you are saying is a bunch of assumptions you are making. There’s no way I can explain these.”

“Vikram, I really wish I could believe you,” Aarti said, lunging forward and kissing him again. “My life hasn’t been the same since we started dating. Everyone in the office knows about us. I hate the way people look at me, the way they talk about us behind my back. I know you don’t care, but it’s not easy for me. Why don’t you try to understand?”

“Are you complaining, Aarti? Why is it suddenly only me? I thought you and I are in this, together!”

“No, Vikram! I’m not complaining. And I know we are in this together! But I have a feeling you don’t like me anymore, and that’s what’s making it very difficult for me.” Tears welled up in her eyes.

“You are getting this all wrong, Aarti,” Vikram repeated, pulling her closer and caressing her back.

“Vikram, I’m very confused. And I can’t share this with anyone. Not even with the closest of my friends who had warned me about you. I didn’t listen to anyone and went headlong into this, thinking it would just be a casual fling. It’s probably just that for you. But, it has stopped being just a fling for me, Vikram. I don’t know when this happened. But, when I see you with Sonal, I feel jealous. I can’t stop thinking about the two of you. I wish I never landed up in this emotional space!”

Vikram kissed her and she responded, her body warming up.

Aarti pushed him into the couch and pounced on him, beginning to unbuckle his belt. As Vikram looked into her eyes, the madness he saw there made his heart skip a beat.